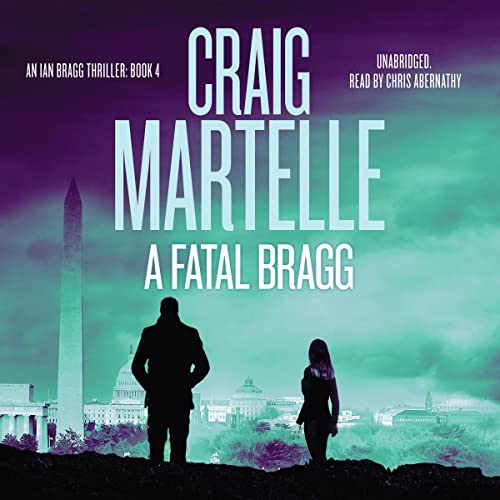 Marines are being murdered....

…and it takes someone outside the government to fix the problem.

It’s a race against the clock to dismantle a group that’s been in place for years. They’re well-funded, too, and armed with weapons they shouldn’t have. Authorities are stymied. Ian and Jenny Bragg are not so constrained.

It’s supposed to be a single target. What if the target may not be the target at all, but a pipeline to those who deserve what Ian Bragg has to offer?

In an organization like the Peace Archive, contracts tend to take on a life of their own. When it comes to imparting justice, the operators become the last line of defense with only one chance to get it right.

Ian Bragg. A hitman with a conscience.

This book can be read as a stand-alone. You don’t need to listen to Ian and Jenny’s backstory to enjoy A Fatal Bragg, but if you are interested, take a look at The Operator, A Clean Kill, and The Replacement.

After listening to the first three. Was happy to see a fourth. Here's hopping for more adventures from Ian and Jenny.

This book was fast-paced and full of twists. The characters are interesting and sympathetic, easy to root for. I didn’t see the end coming! I hated hitting pause on this story!