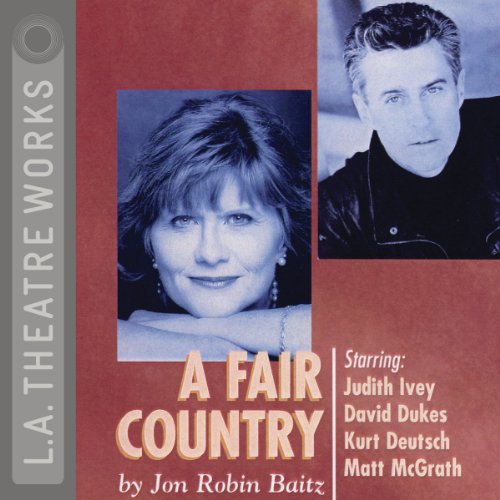 A well-meaning American diplomat in South Africa tries to pacify his ferociously combative wife and anti-apartheid activist son by being reassigned to The Hague. But peace is hard to come by and, at an elegant New Year's Eve party, a harrowing betrayal is revealed. Judith Ivey recreates her acclaimed performance from the Lincoln Center production in this masterful drama from the author of The Substance of Fire.
©2007 LA Theatre Works (P)2007 LA Theatre Works

Career diplomat Harry is on assignment in Durban, South Africa in the late 1970s, and the political tensions begin to take a toll on his family: his restless wife Patrice and their two sons, anti-apartheid activist Alec and uncertain Gil. Hoping to move his family to a better situation at the Hague, Harry makes a deal with the devil that results in tragic consequences for his family. Judith Ivey stands out among the stellar cast with her explosive portrayal of Patrice, whose sharp intelligence and attempts to make the best out of her situation are fired through with anger and resentment. The play's cathartic ending will leave listeners both transported and satisfyingly drained.