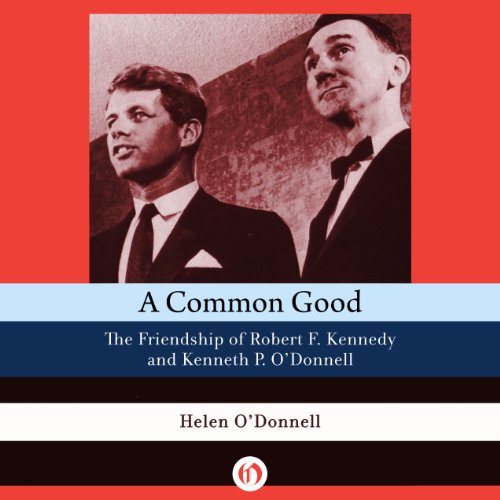 The story of a political and personal friendship unlike any other.

When they first met at Harvard in 1946, young Kenny O’Donnell and Bobby Kennedy could not have imagined where their lives would take them. The friendship they built saw them through some of the most pivotal moments of the twentieth century - including Robert Kennedy’s tenure as attorney general and O’Donnell’s time spent as John F. Kennedy’s chief of staff - and only ended with RFK’s tragic death.

With full access to the Kennedy family archives, Helen O’Donnell, daughter of Kenneth, brings a history-making friendship to life for future generations.

I had to bump the narration speed up to x1.25 or I would have stopped listening to it after 5 minutes. I’m glad I did, though, because the story was good. I was disappointed to hear at the end that it was an Audible production; I would have expected better control over the narration speed. I can tell that thiis book was a source for a lot of the interactions between Kenny, RFK, and JFK in the movie “Thirteen Days.” I don’t regret having used a credit for this or taking the time to listen to it.

I'm so glad I listened to this book even though it leaves me sad. Sad for the O'Donnell family and sad for our country. I had just turned 12 when President Kennedy was assassinated and 16 1/2 when Senator Robert Kennedy was assassinated, and I was hurt just like everyone else. I was young then and only realized years later what a profound loss we all shared when these great men were snatched away from us. This book helps me understand more about the man, Kenneth O'Donnell, who loved, trusted, and was devoted to these two Kennedy brothers until the end. Thank you Helen O'Donnell for sharing this book with us.