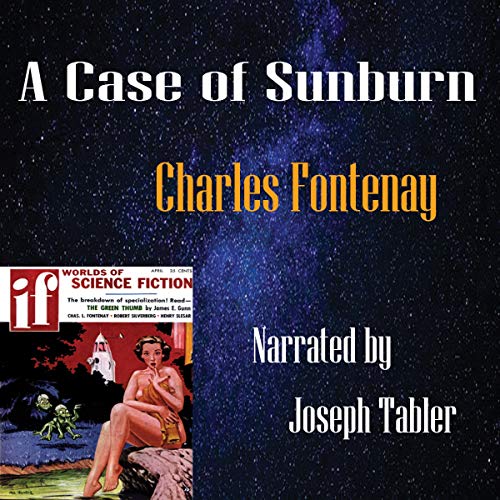 A Case of Sunburn

Charles Fontenay's finely crafted The Case of Sunburn brought to audio by Joseph Tabler for your listening enjoyment. The Case of Sunburn is a classic short story from the heyday of the sci-fi digest size magazines, originally published in the April 1957 issue of IF Worlds of Science Fiction.

Fontenay (1917-2007) worked for several newspapers, was editor of the Nashville Tennessean, was with the Associated Press and Gannett News Service at one time. He wrote some nonfiction including a biography of Estes Kefauver, a Tennessee native. He trained in martial arts being a third-degree black belt in tae kwon do.