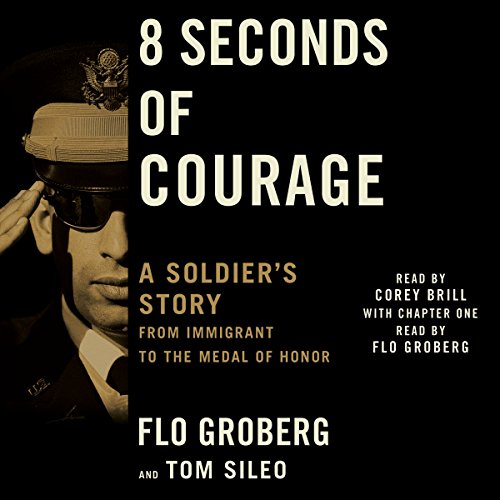 A story of valor and the making of a hero. Florent Groberg, who grew up in France, emigrated to the US and was the first immigrant in 40 years to receive the Congressional Medal of Honor after he saved many lives by tackling a suicide bomber in Afghanistan.

Florent "Flo" Groberg was born in 1983 in the suburbs of Paris. When he was in middle school, his family moved to the US, and Flo became a naturalized citizen in 2001. After attending the University of Maryland, he joined the army in 2008 and deployed to Afghanistan in 2009. He deployed a second time in 2012. In August of that year, Flo was guarding a high-level US-Afghan delegation and noticed someone suspicious: a local man stumbling toward his patrol. Flo reacted quickly and ran to tackle the man - who was wearing a suicide vest - before he could reach the patrol. Four people died in the subsequent explosion, but many others were spared. Flo himself was badly wounded and spent the next three years undergoing surgeries at Walter Reed Medical Center. On November 12, 2015, Captain Groberg was given the nation's highest military award, the Congressional Medal of Honor - the first immigrant to be so recognized since the Vietnam War.

8 Seconds of Courage tells Flo's story from his childhood in France to his decision to enlist and the grueling training he underwent at US Army Ranger School. Through trial and error, he learned to be a field commander and on the front lines in Afghanistan formed close and lasting bonds with his fellow soldiers. It was this powerful sense of responsibility that compelled him to take his brave action to save lives, even at the risk of his own.

Seldom when we hear about the heroism of Medal of Honor recipients do we learn what motivates their actions. Flo Groberg provides that essential insight into his selfless act of valor while honoring his four fallen brothers in arms. 8 Seconds of Courage is a story of heroism, sacrifice, and camaraderie in wartime.

Thank you for your service

Flo, thank you for sharing your story. CSM Griffin was my ROTC instructor and the greatest mentor. I struggle to find the words that emphasizes the impact he had on me and everyone around him. I think about him often, and I know he would be so proud of you. Thank you for your courage and living honorably for all of our heroes who made the ultimate sacrifice.

This mans story was so inspiring, the way he writes about his experiences are so raw. I was brought to tears at many points. But I really wish there had been a different narrator. The first chapter is narrated by Groberg, which is great. But the rest, the narrator has such a nasally annoying voice

as an immigrant and navy veteran of the Iraq war after reading the story I am continuously reminded of the blessing and honor it is to live in this country. I am nowhere near a hero that flo was but it is because of people like him that make this nation so great and I am so grateful for him and those like us. God bless America

A fitting tribute to American heroes

This book not only showcased Flo's story but all who served with him. All Americans need to hear stories like this to truly appreciate the sacrifices that are made to give us the life we have.