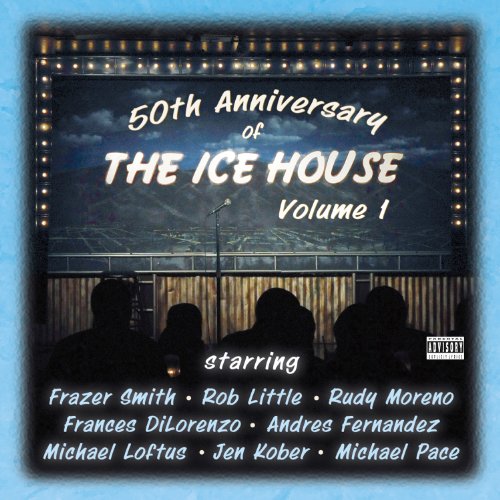 The legendary Ice House Club celebrated it's 50th Anniversary with this live all-star comedy extravaganza. The recording of this momentous night features 8 national headliners in an amazing tribute that will be remembered as one of the strongest Comedy shows in history. (Explicit language.)

The legendary Ice House has shared laughter and music with over 4 million people, and luminaries such as Robin Williams, George Carlin, Lily Tomlin, David Letterman, Steve Martin, and many more, have graced its stage. In this live recording of the Pasadena comedy club's 50th anniversary all-star comedy extravaganza, listeners will find themselves rolling with laughter as comedians such as Frazer Smith, Rob Little, and Jen Kober pull no punches as they address topics such as Tiger Woods, hillbilly accents, and domestic challenges. Listeners should note that this recording contains explicit language.