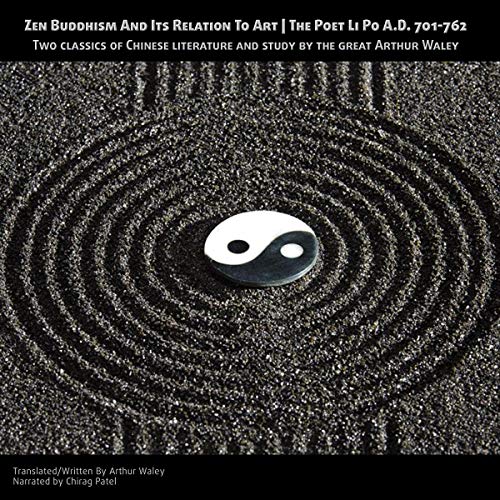 Two books by Arthur Waley (1889-1966), the greatest translator of Chinese poetry. Arthur Waley was one of the first great Orientalists, bringing translations and commentaries from China and Japan to the West. This volume combines two of his books.

The first book investigates how Zen Buddhism evolved to produce the kinds of artwork that it does and how the artistic practice is also a spiritual practice. Zen Buddhism can often be confusing to the outsider. This book explores the evolution of Zen, from its origins and early masters through to its influence in the modern world on art and literature.

This second part contains a selection of poems by China's greatest poet Li Po, of whom it was said:

"Li Po’s style is swift, yet never careless; lively, yet never informal. But his intellectual outlook was low and sordid. In nine poems out of 10, he deals with nothing but wine or women."

"The world acclaims Li Po as its master poet. I grant that his works show unparalleled talent and originality, but not one in 10 contains any moral reflection or deeper meaning."

This audiobook contains Li Po's poems taken from manuscripts around his time, and over the centuries, as he became recognized as one of China's great poets.