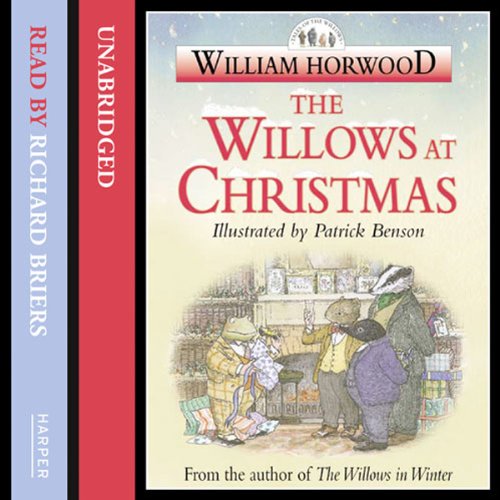 The Willows at Christmas

Now, in The Willows at Christmas, William Horwood has created a spellbinding new tale especially for Christmas which takes place after the events in The Wind in the Willows but before The Willows in Winter.As the story opens, the normally bumptious Toad is not looking forward to Christmas one bit. Every year the dreaded Mrs Ffleshe comes to stay at Toad Hall. And every year she does all she can to protect Toad from the dangers of over-indulgence, despite his protestations. The daughter of the nanny who made Toad Senior’s life a misery years before, Mrs Ffleshe feels it is her duty to take the errant younger Toad under her wing to save him from himself.

This year, however, his loyal friends Mole, Ratty, Badger and Otter plan to rescue Toad from his unwanted guardian. Yet their efforts serve only to goad him into his most mischievous behaviour, and it seems as if Mole and Toad will be spending their Christmas together – in the Village gaol.

Wonderful festive story with superb narration. Loved every minute. I listen to it every Christmas.

The lovely river bank at Christmas. All the usual characters with their joys and woes. A feel good listen.

Where does The Willows at Christmas rank among all the audiobooks you’ve listened to so far?

right there at the top i loved this story it was superbly read by Andrew loved it.

What other book might you compare The Willows at Christmas to, and why?

i would not compare this story to any other, it was a willow story and i think it was great