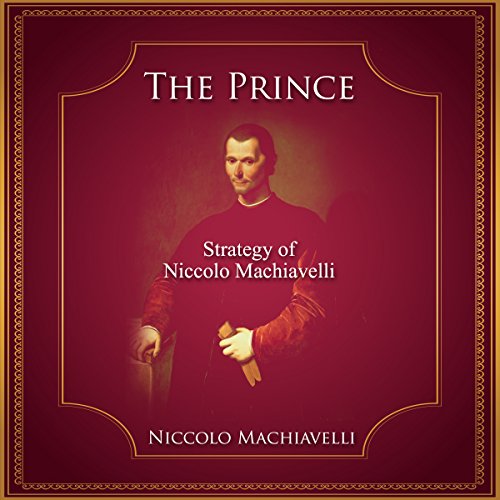 The Prince is a 16th-century political treatise by the Italian diplomat and political theorist Niccolò Machiavelli. From correspondence, a version appears to have been distributed in 1513, using a Latin title, De Principatibus (About Principalities). However, the printed version was not published until 1532, five years after Machiavelli's death. This was done with the permission of the Medici Pope Clement VII, but long before then, in fact since the first appearance of The Prince in manuscript, controversy had swirled about his writings".

Although it was written as if it were a traditional work in the mirrors for princes style, it is generally agreed that it was especially innovative. This is only partly because it was written in the vernacular Italian rather than Latin, a practice which had become increasingly popular since the publication of Dante's Divine Comedy and other works of Renaissance literature.

The Prince is sometimes claimed to be one of the first works of modern philosophy, especially modern political philosophy, in which the effective truth is taken to be more important than any abstract ideal. It was also in direct conflict with the dominant Catholic and scholastic doctrines of the time concerning politics and ethics.

Although it is relatively short, the treatise is the most remembered of Machiavelli's works and the one most responsible for bringing the word "Machiavellian" into usage as a pejorative. It even contributed to the modern negative connotations of the words "politics" and "politician" in western countries. In terms of subject matter, it overlaps with the much longer Discourses on Livy, which was written a few years later. In its use of near-contemporary Italians as examples of people who perpetrated criminal deeds for politics, another lesser-known work by Machiavelli which The Prince has been compared to is The Life of Castruccio Castracani.

Has Donald Trump read The Prince ?

What made the experience of listening to The Prince the most enjoyable?

The narrator brings this classic to life.Many great works of Art from the Renaissance and
The Prince is a great work of Political Philosophy from this era as well.

What other book might you compare The Prince to and why?

As I said earlier a wonderful performance makes it easier to digest this interesting book.

This book was given to me for free at my request and I provided this voluntary review.

I find The Prince incredibly fascinating. It is a product of its time, Italy in the 1500s being a collection of incredibly war torn states, power transferring hands quickly and often, but some of its ideas are surprisingly contemporary, especially for politicians.

“Everybody sees what you appear to be, few experience what you really are.” While considered evil, many of Machiavelli’s ideals are practical and pragmatic. Contemporary politicians could learn something from reading this book, though being regarded as Machiavellian is of course seen negatively, and how can you not when the two most famous axioms from The Prince are ‘the end justifies the means’ (though Machiavelli technically doesn’t say this) and ‘its better to be fear than loved’.

I believe that this is one of those books that should be read by anybody interested in history, politics, business, anything.

A Classic Brought to Life

What made the experience of listening to The Prince the most enjoyable?

I've read this on paper format, but it's been years. The narrator really brought this amazing piece of work to life and I feel I enjoyed it more than before.

This book is not only interesting, but very historically significant - so it's interesting from two angles.

I believe there are a number of narrations on this book out there - but this is really an excellent one and the best choice in my opinion.

Fantastic narration for this literary classic! Personally, I found this much easier to listen to in audio than to read. Very well done.

I was given this free review copy audiobook at my request and have voluntarily left this review. The fact that I was gifted this book had no influence over my opinion of it

Excellent performance of this classic work.

What can be said about Machiavelli’s The Prince that has not already been said? Obviously, it’s a classic and at less than four hours there’s really no reason not to check it out. I liked this narrator quite a bit. He was very professional and I felt that he captured the tone of this book very well. He was more engaging than previous audio book versions of the prince that I’ve encountered and I have no doubt that this narrator could take on much longer and more complicated works of literature at his current skill level. I was given this free review copy audio book at my request and have voluntarily left this review.

This audiobook is a narration of the classic book by Niccolo Machiavelli, and is at its culmination a reasoned, yet passionate "call-to-arms" to his countryman to rise and support Italy. The book is at base a "guidebook" for how to win and keep governance of a country or "principality." However, listening to it with the modern realities of greater gender equality and religious enlightenment, it also provides some very humorous moments. I read this book about 25 years ago in a college philosophy class, and it was interesting to note that much of the logic still makes sense today.

With so many of the people and principalities mentioned so historically distant from the present, the book also presents a brief history of some of the major historical political players of the time. It is an interesting listen, full of complex reasoning and strategy. The narrator did an excellent job with pronunciation and kept up a steady, even pace.

After reading this 30 years ago...

I was given this free review copy audiobook at my request and have voluntarily left this review. I read this 30 years ago for a class in college. As I listened to it, I feel as if I experienced this master work for the first time. The narrator does a wonderful job of bringing this classic to life. Anyone interested in politics, ethics, or history will find t his a fascinating listen. Highly recommended.

A classic for a reason

What did you love best about The Prince?

Have you listened to any of Roberto Scarlato’s other performances before? How does this one compare?

This is my first, but it was well performed.

A timeless and relevant classic brought to life

The Prince was written nearly 500 years ago, but some of the ideas are still relevant today. In fact, we indeed are seeing some of them played out before our very eyes. Machiavelli deals with the rise and fall of states, and the measures that a leader can (and will) take to ensure the states’ continued existence and authority at almost any cost.

Having read this work many times, in whole and parts over the years, I have to say Roberto Scarlato did and excellent job with the narration. By listening to this work, rather than reading it, The Prince seems to come to life making the impact of the ideas behind the work all the more significant. I would highly recommend this read to anyone that has an interest in government, history, the thoughts on man, or just for the sake of being exposed to a classic piece of literature.

A review copy of this audiobook was provided by the author, narrator, or publisher at no cost in return for this unbiased review. If you found this review helpful, please take a moment to click yes below.

Good strategies to face the worlds trials & tribulations with a tactful vision that will allow you to prevail.