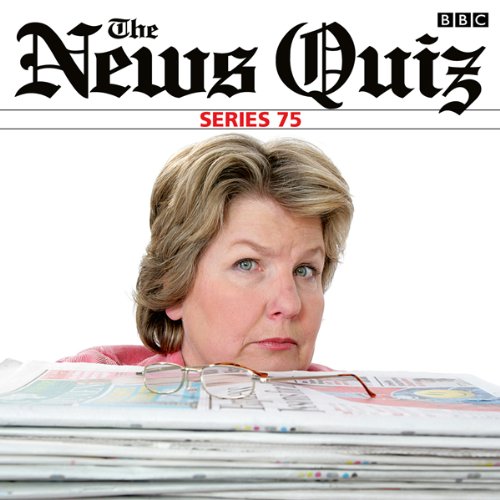 Series 75 of the show that takes a satirical look at the week's news. Chaired by Sandi Toksvig.

The wit is timeless and a laugh is guaranteed

No matter if it is from years ago or this week the observational comedy makes this a great listen. When the panelists go of at tangents you may even cry laughing. Sandy Toksvig struggles valiantly to keep order but fails almost all the time which makes it even better

I have been listening to the News Quiz on and off for many years since I was a teenager. It is a perfectly delightful experience and Sandi Toksvig is a more than worthy successor to the late Alan Coren. One always feels bereft at the end of the programme like a child being forced to go to bed early when a party is going on. If you are feeling depressed or down the News Quiz will snap you out of it in no time!

I absolutely loved it has plenty of laughs. I listen to it all the time

The News Quiz is perennial fun, irrespective of topicality. SandiToksvig proves herself a great chair here and the guests are almost always reliable. Lose yourself in The News Quiz.

A great reminder of how Sandi made this such a superb show. Would only be better if the Extra show was recorded. I listen to it time and time again.