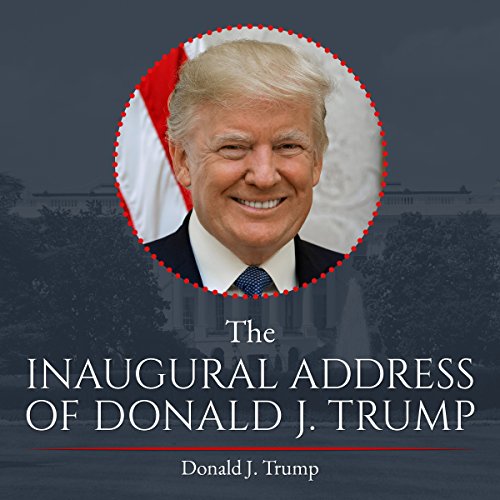 The inauguration of Donald Trump as the 45th president of the US was held on Friday, January 20, 2017, on the West Front of the US Capitol building in Washington, D.C. The inauguration marked the beginning of the four-year term of Donald Trump as president and of Mike Pence as vice president. The presidential oath of office was administered to Trump by Chief Justice John Roberts and the vice presidential oath of office was administered to Pence by Associate Justice Clarence Thomas. Benedictions were given by several clerics. The main theme in the inauguration speech of President Trump was his focus on the interests of the US ("Make America Great Again").

When I have difficult times in my life, this speech gives me inspiration

Our President has had so many forces working against him the entire campaign and through this administration. He continues to fulfill promises, and not be phased by his opposition. Doesn't matter your personal political beliefs, the man could've gone the easy route and stuck to what he was good at.

He chose politics, with no experience and is proving that he is effective as a leader and unafraid of taking on huge tasks and goals.

From a personal development standpoint, this gives me inspiration to get up, dust myself off and power through the obstacles in my life.

TRUMP 2020
Make America great again!
He is what we need to do it.
Protecting our rights and draining the swamp.