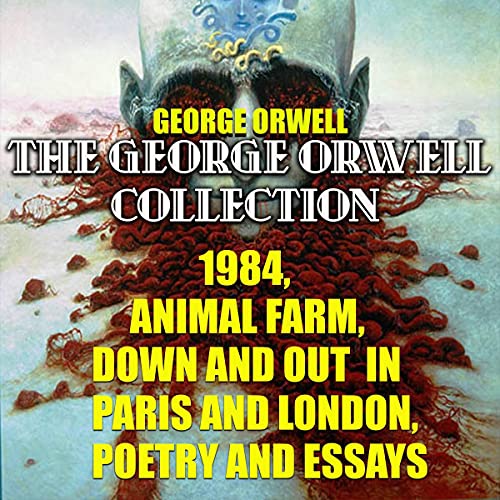 A simple writing style coupled with almost prophetic content characterize George Orwell's works. Orwell's most famous pieces include the satirical novel Animal Farm and dystopian masterpiece 1984. His colorful autobiographical novel Down and Out in Paris and London is also an unforgettable read.

Throughout his writings, Orwell accurately and scathingly criticized totalitarianism while supporting democratic socialism.

The George Orwell Collection: 1984, Animal Farm, Down and Out in Paris and London. Poetry and Essaysに寄せられたリスナーの声