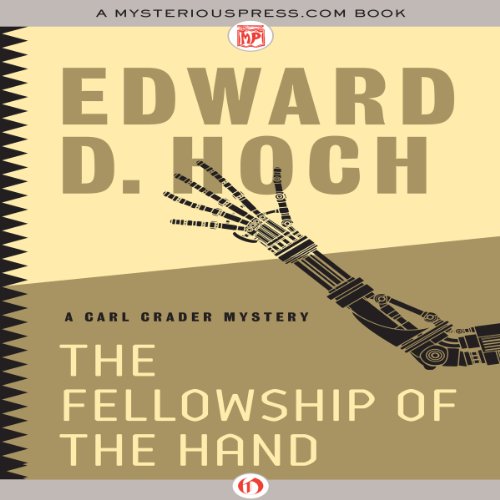 The Fellowship of the Hand

Two computer cops race to protect a presidential election against tampering. Radiation leaks in Chicago. Assassination attempts on Venus. Bombings in Washington, DC. Any crime that involves a computer falls under the jurisdiction of New York’s Computer Investigation Bureau, and in the far-off days of the mid-twenty-first century, more criminals rely on digital tools than ever before. For Earl Jazine and Carl Crader, technology is not just their beat; it is their best weapon in the war against mayhem.

Today, mayhem takes the form of a threat to the nation’s electronic voting system. Thousands of ballots have been programmed into the FRIDAY-404 election machine, pledging votes to Jason Blunt and Stanley Ambrose - two men who aren’t even running for president. Jazine and Crader have only a few weeks until election day, but they must put an end to this audacious fraud before democracy itself goes up in a puff of pixelated smoke.