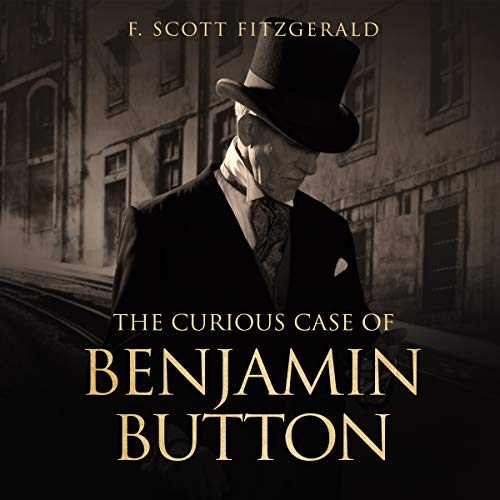 The Curious Case of Benjamin Button

In 1860 Baltimore, Benjamin is born with the physical appearance of a 70-year-old man, already capable of speech. His father Roger invites neighborhood boys to play with him and orders him to play with children's toys, but Benjamin obeys only to please his father. At five, Benjamin is sent to kindergarten but is quickly withdrawn after he repeatedly falls asleep during child activities.

At the age of 18, Benjamin enrolls in Yale College, but is sent home by officials, who think he is a 50-year-old lunatic. When Benjamin turns 20, the Button family realizes that he is aging backward.

While the story and dialogue are amusing in places, I found TCCOBB to be pretty much a one-trick pony: Benjamin Button ages backwards, and we read/hear about the same thing over and over again.

There was no delving into Benjamin's psyche or feelings about his bizarre life or any serious description of his impact on others...merely observations such as being a star football player as a college freshman and then being too small to play when a senior. I suppose Fitzgerald was writing for his 1920s magazine audience.

The narration sounded like an old newsreel voice-over; it came across as shouting. I got used to it in the last five minutes of the story, which, incidentally, I found to be the most interesting part of TCCOBB.