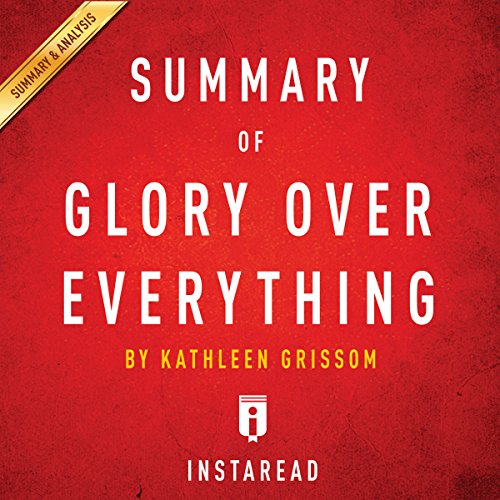 Summary of Glory over Everything by Kathleen Grissom | Includes Analysis

Summary of Glory over Everything by Kathleen Grissom | Includes Analysis

Glory over Everything: Beyond the Kitchen House by Kathleen Grissom is the sequel to the author's debut novel, The Kitchen House (2010). Set in 1830, it is the story of 33-year-old James Burton's journey into the antebellum South to rescue his friend Henry's son, Pan, who has been captured by slave catchers. James Burton, formerly Jamie Pyke, whose mother, Belle, was half black and whose father, Marshall, was white, is passing for a white man in Philadelphia. Twenty years earlier, James fled from his childhood home, the Tall Oaks plantation in Southern Virginia, shortly after learning that Belle was his mother. He was raised as a white child by his white grandmother. At only 13 years old, James shot and killed Marshall, whom up until then he believed was his brother. Marshall was a cruel man who threatened to sell James into slavery. After escaping to Philadelphia, James was robbed, and Henry, a runaway slave, came to his aid.

PLEASE NOTE: This is summary and analysis of the book and NOT the original book.

Inside this Instaread summary of Glory over Everything: