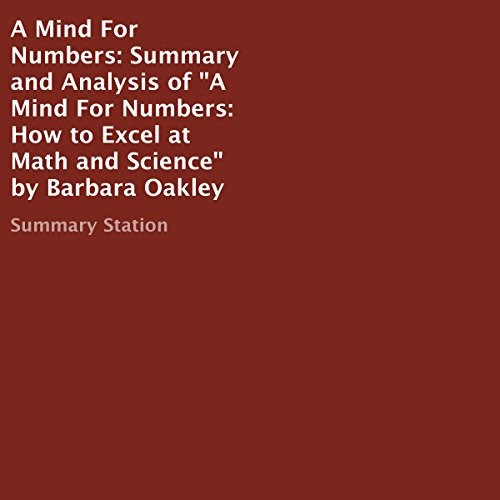 Summary and Analysis of a Mind for Numbers: How to Excel at Math and Science by Barbara Oakley

Barbara Oakley shares with listeners how she came to understand how to use these learning strategies. She tells about how she thought she was not good at math or science but as she moved through a bout in the US Army earning her degree in Slavic Languages. She was so good at learning and speaking Russian that she was often mistaken for a native Russian speaker. Once she was in the field, she realized that her degree in languages was not enough. When she left the army, she was able to return to school and learn more about math and science. While writing the book, Oakley interviewed many educators, mathematicians, and scientists to find out how their brains were different.

Here is a preview of what you'll learn:

Summary and Analysis of a Mind for Numbers: How to Excel at Math and Science by Barbara Oakleyに寄せられたリスナーの声

Maybe I was supposed to better research on what this audiobook is about, but I did not expect some1 to read the chapter names with a sentence describing the titles.