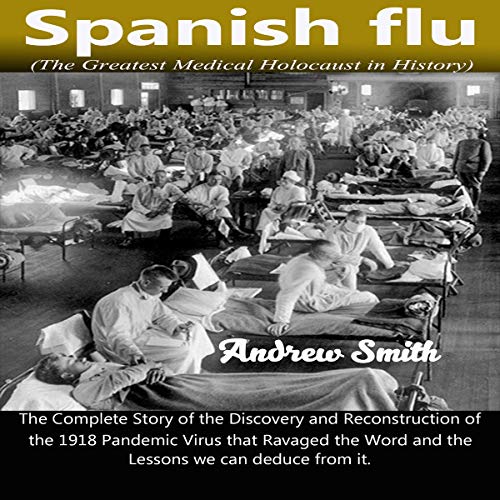 The world has suffered many pandemics in the years since - at least three serious flu outbreaks among them - but no pandemic has been as deadly or as far-reaching as the Spanish flu.

As the world reacts to a headline-grabbing - yet far, far less deadly - outbreak of this pandemic, Andrew Smith looks back to 1918 Spanish flu to see what we learned from one of the most devastating diseases in recent history.

The public health measures we see being enacted today across the world as efforts to contain the spread of the deadly virus are one of the Spanish flu’s most enduring effects.

In this audiobook, you will explore:

Scroll up to get the audiobook today!