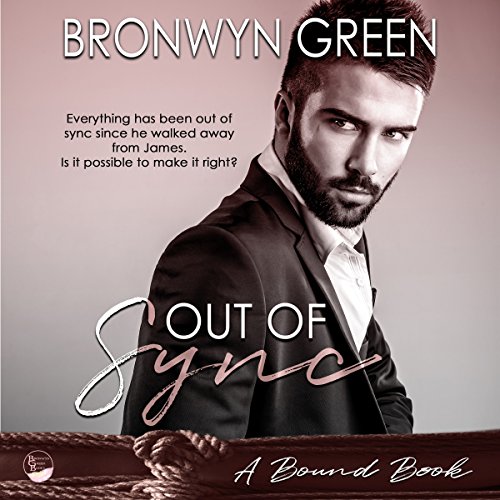 Everything has been out of sync since he walked away from James. Is it possible to make it right?

Ten years ago, Morgan Weaver walked away from everything he loved - his burgeoning career as a composer, his cello, and his best friend, James. Family obligations and guilt keep him tied to a job he hates, and his dreams have collected even more dust than his instrument.

James Shepherd was left reeling when Morgan abandoned not only their dreams of writing and performing together, but their friendship. James forged on to become an internationally known musician, but he's always felt Morgan's loss and has never been able to shake the feeling that he's responsible for the other man's choice to leave everything behind.

A simple request from Morgan's sister brings the men together in a way neither of them expected, and long-denied desire bubbles to the surface overwhelming them both. Knowing it's only temporary, Morgan finds himself lost in a haze of submission, finally able to experience being at James' mercy and determined to enjoy it while it lasts. James, however, has other plans and is equally determined to show Morgan he can have all he's ever wanted - including what they have together.