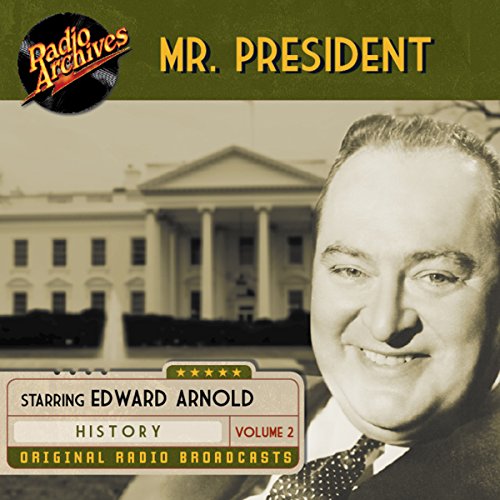 The distinctive voice of Edward Arnold is featured in Mr. President, an anthology series that dramatizes little-known incidents of the men who have lived in the White House - dramatic, exciting events in their lives that you and I rarely hear. The uniqueness of the program is that the president is never identified during the proceedings; the great man's name is revealed only in a brief epilogue at the story's end.

Featuring many of radio's top supporting players, Mr. President remains a fascinating program for history buffs and casual listeners alike, with a charm and appeal that is quite similar to contemporary dramatized audiobooks. Transferred directly from long-lost master recordings, most of the programs offered in volume 2 have not been heard since their original broadcast.