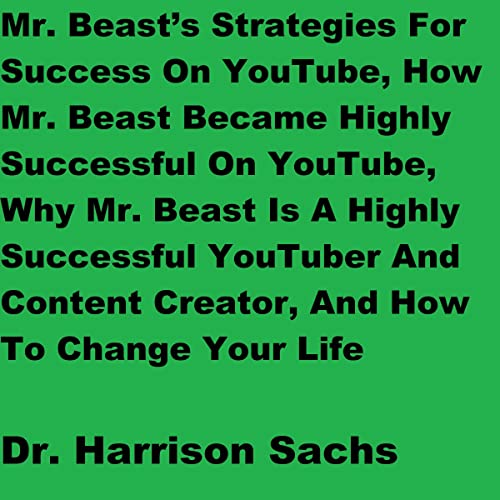 One of Mr. Beast’s strategies for success on YouTube entails creating share-worthy videos. Mr. Beast churns out novel, share worthy video content for his target market to feast their eyes on and disseminate to their friends on social media platforms. Mr. Beast’s videos are novel, share-worthy, and viral-worthy videos partially because they spread the message of positivity as the overarching video theme. In other words, Mr. Beast’s videos often involve him unrelentingly giving away massive sums of money to random people in which people either unconditionally receive the money from him or have to do very little to be able to receive the doled out money. Being able to be a beneficiary of Mr. Beast can be a life-alerting experience for beneficiaries since they are often able to unconditionally attain substantial wealth from Mr. Beast in mere seconds which can be life-changing for people.

Mr. Beast has earned well over 8,000,000,000 video views and over 52,000,000 subscribers and his success as a renowned YouTuber and content creator is not a matter of desultory luck. Videos become viral videos, because people share them with other people and video recommendation algorithms profusely promote them. Videos with high audience retention rates and high watch times are all the more apt to become viral videos than videos with low audience retention rates and love watch times.