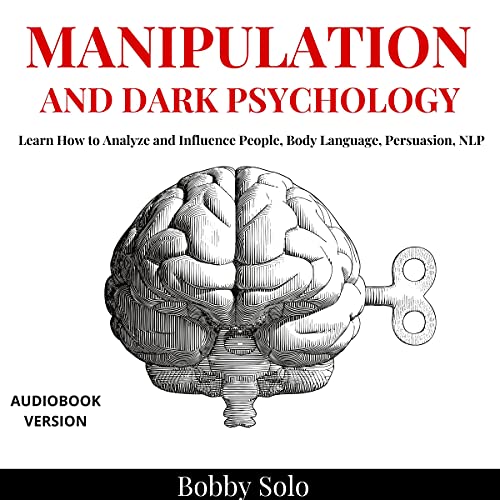 None of us want to be a victim of manipulation, but it happens quite often. We may not be subject to someone specifically in the Dark Triad, but normal, everyday people like you and I face dark psychology tactics on a daily basis. These tactics are often found in commercials, internet ads, sales techniques, and even our manager behaviors. If you have kids (especially teenagers) you will most definitely experience these tactics as your children experiment with behaviors to get what they want and seek autonomy. In fact, covert manipulation and dark persuasion are often used by people you trust and love. There are many reasons that people choose to manipulate others and these can vary based on the person. Most people engage in manipulation at times, but those who primarily interact with manipulation often share some traits among themselves.

Get this audiobook to defend yourself against them.