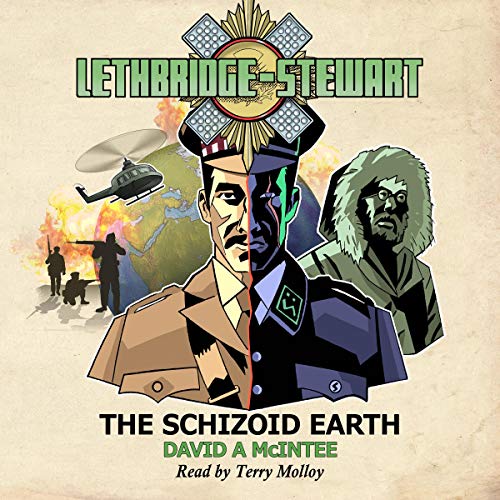 The second book in the Lethbridge-Stewart novels series. Lethbridge-Stewart was supposed to be in the mountains of the east, but things didn't quite go according to plan. On the eve of war, something appeared in the sky: a presence that blotted out the moon. Now it has returned, and no battle plan can survive first contact with this enemy. Why do the ghosts of fallen soldiers still fight long-forgotten battles against living men? What is the secret of the rural English town of Deepdene?

Lethbridge-Stewart has good reason to doubt his own sanity, but is he suffering illness or injury, or is something more sinister going on? Plagued by nightmares of being trapped in a past that never happened, Lethbridge-Stewart must unravel the mystery of a man 10 years out of his time, a man who cannot possibly still exist.

A brand-new series of novels set just after the Doctor Who serial The Web of Fear, featuring the characters and concepts created by Mervyn Haisman and Henry Lincoln.

Terry Molloy is an experienced radio and television actor. Most notably he is best known as Mike Tucker in BBC Radio 4's The Archers, while on television he played the Doctor's evil nemesis Davros during the 1980s. He has also recently appeared on BBC 4Extra in the role of Professor Edward Dunning in The Scarifyers, produced by Cosmic Hobo Productions.

Great fun delving into the Brgadier's adventures without the Doctor. well worth a read. and a sequel prequel to inferno too!

A good nostalgic science fiction story of Doctor Who's Brigadier Lethbridge Stewart prior to UNIT. He is Colonel Lethbridge-Stewat investigating a time paradox problem. Very enjoyable.

Nice put together story. If you go with it it is enjoyable. Well read by Terry Malloy.

A bit confusing but not a terrible story

Lethbridge-Stuart was always a favourite character for me so I was really pleased to get into this series. I did feel that this story was a bit confused though and didn’t always make sense. Not that I didn’t enjoy it entirely though.

Still Good, But Less So

The Schizoid Earth is highly enjoyable if a less satisfying story than The Forgotten Son. Terry Molloy does remain a truly fantastic narrator, however!