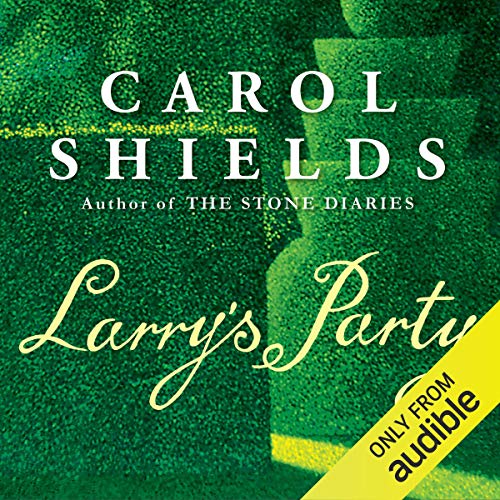 Larry's Party covers the life of Larry Weller, a modern man in the 20th century. Following Larry between the ages of 27 and 47, from 1977 to 1997, the novel illustrates what it’s like to be a man in Larry’s era, and how men have had to change; exploring how masculinity is defined in the post-feminist world. Read by William Roberts.

I've had this book in my Library for ages and never quite got round to listening to it. However I've greedily listened to it over a few days as i've been unable to stop! It's not that it's gripping, it's just a beautifully crafted and insightful listen. I loved it!

Beautifully written story. The narrator was exactly right for the book. Thought-provoking, poetic and full of endearing characters.
Has inspired me to read more of Carol Sheilds work.

This is a wonderful book, it unfolds in layers and we slowly learn so much about Larry and his life. I am afraid it was ruined by William Roberts’ reading. It was a brash, harsh delivery and the accents attempted by Mr Roberts are on a level, I’m afraid, with Dick van Dyke’s attempts at a cockney accent in Mary Poppins. Such a pity as the story is such a subtle tale