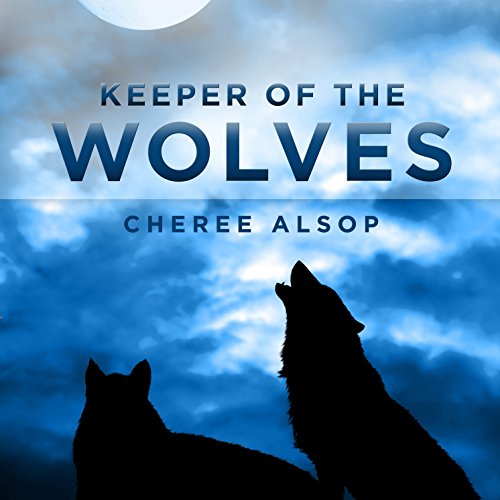 Keeper of the Wolves

"I had been away from the fall of moonlight and the glow of the stars so long I forgot how real I felt beneath their quiet contemplation."

Victus, a wolf forced to change to the form of a man in the moonlight, lost everything the night he was captured. Caged and beaten, he quickly learned the darkest depths of the human soul. But when blue eyes and a soft smile threatened to steal his heart along with freeing him, he was torn between two worlds. Victus has to decide if he can trust his fierce instincts to protect the girl, or if he should run away with the wolf pack whose loyalty kept him alive. When a terror appears that threatens to destroy them all, Victus' decision may be the only thing that can protect those he cares about. A true love story, Keeper of the Wolves takes love and sacrifice to a new level. Victus faces the ultimate truth: in finding love, one must truly be prepared to put everything on the line in order to not lose it again.

The book really felt like it was from a wolf's POV

The book was great! I really hope that there will eventually be a book 2 that I can listen to.

I absolutely enjoyed this audiobook by Cheree Alsop. I thought it was written extremely well. I won't lie, at times, especially during the beginning of the story my heart ached and I was saddened, as if my heart would shatter but it made me smile more than anything else. Another great story by Alsop. I always love finding where she'll take me to next.

Michele Carpenter did a fantastic job with her telling of this story. I thought she did great with distinguishing accents and the voices of each character. She brought so much life into this story and she held my attention throughout the story. She's a talented narrator and I look forward to hearing more stories she narrates. I also look forward to more stories by Cheree Alsop. Overall, I give it a perfect 5 star rating!