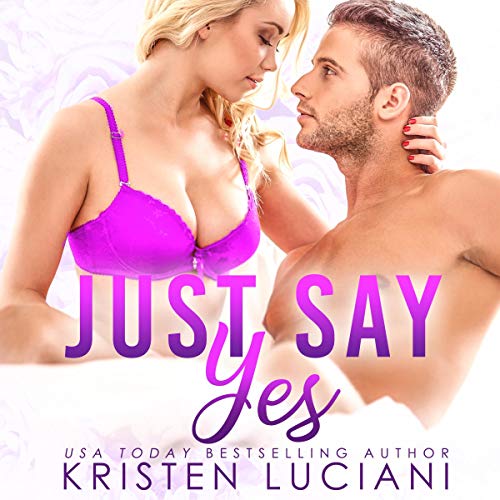 He wanted an escape. What he got was a date with a beautiful blonde that turned into utter chaos.

Notorious celebrity playboy, A.J. Morgan, has more emotional baggage than notches on his well-used bedpost. And that’s saying a lot.

Wild nights featuring Hollywood starlets and gallons of whiskey only do so much to ease the pain until he meets cunning club singer, Lisa Embry, whose heart is surrounded by more barbed wire than a high-security prison.

A plummeting elevator, a near-broken nose, and a tangle with a knife-wielding lunatic should have been three very clear signs to steer clear of the atomic blonde.

But one hot night turns A.J. into an addict in need of his next fix, and he'll pay any price for another hit because he never backs away from a challenge.

Especially one as dangerously hypnotic as her.

Good book, easy listen. A bit jumpy but a good book, will listen to more of this author.

While I did enjoy this story, parts of it seemed to accelerate a bit fast. I felt like I missed something. Overall the storyline was good as well as the characters.
The narration was mostly really good however it was difficult distinguishing between the characters. The narrator has a terrific male voice.

I thoroughly enjoyed this book, it is well written and well told with interesting storylines that are captivating for start to end. It is my first book written by Kristen Luciani and it will not be my last. The characters are complex and nicely developed, they are realistic and easy to connect with. Both leads, A.J. Morgan and Lisa Embry have their own issues and inner demons. A.J.’s father is a politician with plans to run for President, their father/son relationship is rocky and they do not see eye to eye on many things, especially A.J.’s womanizing and player ways. A.J. is a successful lawyer and businessman, he is taking the elevator down when the power goes out. He is stuck inside with a female who is on the verge of losing it. He does the one thing he knows best, he takes her in his arms and kisses her. Lisa Embry has plenty of phobias and getting stuck in an elevator is now one of them, she freaks out but a gorgeous guy comes to her rescue or does he. She is caught off guard but his antics did work it stopped her from having a full blown panic attack. Lisa works in finance and is great at what she does, but her passion is with music and performing on stage. But in need of a steady income she sticks to her day job and does her music things on the side. AJ is intrigued by Lisa, she is resistant, she starts to give in after he comes to her rescue but she does not trust easy and continues to send him mixed signals but does not give up. A lot goes on in this book, the story is nicely plotted and there is never a dull moment. There is plenty of drama, angst, twists and turns, thrilling and suspenseful moments, some heartfelt and emotional ones and the start of a great romance. Kristen Luciani, thank you for this terrific story.

Marcio Catalano is a fabulous narrator and voice artist. He does a great job bringing the characters to life, giving each their own distinct voice and personality. His portrayal of the characters is spot on, grasping their persona with perfection, sounding just as I pictured them to sound. He captures the characters emotions and projects them into his performance. He is an entertaining storyteller and a pleasure to listen to. Than you for this great listen🎧

At first, I didn't like the narrator's voice but it grew on me. He did a good job on reading the book. will listen to more.

I liked the story, but I was confused for a while. I am used to listening to duet style audiobooks, so listening to both characters voiced by one narrator took some getting used to. The characters had a spark that couldn’t be denied, even when they were in denial about wha they were thinking and feeling. Overall, the narrator did a good job and I liked the story. I would recommend this book to friends. I received a copy of this audible book in exchange for an honest, voluntary review.

Wow, I really taught they were never going to take the leap of faith. Love this story, it’s so heart warming and family oriented. As everyone is welcoming love into their lives Lisa and AJ seems to be running for the hills, but just their luck on meeting each other. Each fighting their own losses and not ready for what the future has in stores for them. I must say that I love the weird meetings. It’s as if something almost always goes wrong. Above all I love that everyone finally came together. I

A.J. and Lisa's story was fun, sexy, and had a bit of angst that keep you reading until you finish. I definitely recommend this book. And I voluntarily reviewed this audiobook.

It starts with amazing amounts of chemistry add in some over the top circumstances and you have a book you will beg for more of. I loved this so much, the light bit of angst, the characters learning how to let in some one else to their hearts. This was just fantastic