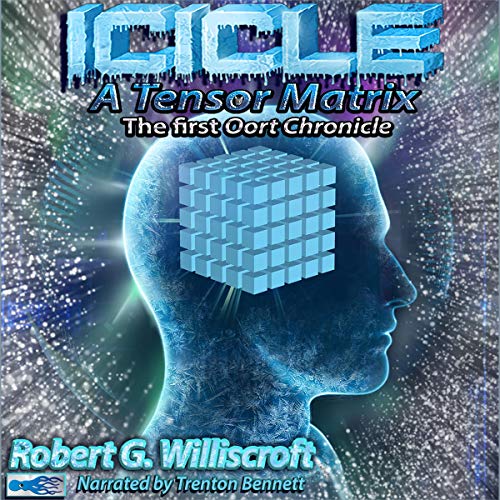 Braxton Thorpe has discovered a threat to the entire solar system, but he has a problem: he's dead.

Frozen at death, he awakens to find himself uploaded into an electronic matrix. Exploring beyond the matrix and the larger GlobalNet, he discovers the Oort, a distributed electronic entity older than humanity, with an unnerving secret: Aliens wiped out nearly all life on Earth once, and are coming back to do it again.

The mathematical entity that is Thorpe has to find a way to convince humans of the threat, and in time to do something about it. But how, and what?

If you've read Niven's A World Out of Time or Taylor's We Are Legion, the opening of Icicle will only seem familiar. Buckle up for a wild ride; you ain't seen nothing.

i liked how they used sound effects. the only problem is the sound level is a little low.