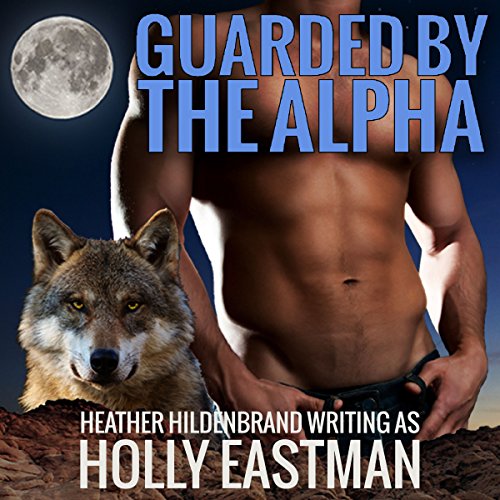 Guarded by the Alpha

Puma shifter, Del Santoni, has lived her entire life as the heir to a decades' old feud with the Armsford family - a struggle that ended in the death of her own father years ago. Since then, both sides have done nothing but fight and grapple for social power - and Del's sick of it. She's willing to do anything to end the war - even if it means dethroning her own family.

Del begins a secret mission to recover the Maker's Mark. If legend is true, its symbols will reveal the name of the one true ruling family. When the statue is found and someone threatens Del's life in order to steal it, Del is forced to accept the help and protection of her greatest enemy. He is the most stubborn, infuriating werewolf she's ever laid eyes on. He also happens to be her fated mate. Throw in a sassy human car thief who won't leave her alone, a marriage hoax, and tattooed coyote shifters trying to kill her at every rest stop...if she survives the week, it'll be a miracle.

Wolf shifter Zak Armsford has never been accused of being a good guy - but being good doesn't get the job done. Mislabeled and misunderstood, he left Fort Jericho years ago and joined the military to put his bad rep to good use. Now that he's a free man, he's not exactly white collar material. So when his friend from Shifters, Inc. calls with a protection detail, Zak is just hungry enough for some action to say yes.

Turns out his assignment offers plenty of action. Zak discovers he's been hired to protect the Princess of Fort Jericho herself. Del Santoni - his greatest enemy and his childhood crush all in one. Zak can't walk away a second time. To keep Del alive and the statue safe, he'll ruthlessly use his supernatural strength, his connections, and Del's own secrets against her.

On the run, Del struggles with the truth. Is Zak her Fated Mate - or her mortal enemy? Because it's not just Del's heart that's at risk - it's her life.

Guarded by the alpha

Good short shifter story. The characters were strong and felt really to me. I liked getting to know these characters and their story. It was a fun short story to listen to.

This was a good short story. It was fast paced and never dull! I love a good shifter story, and throw in some star-crossed characters and you have yourself a winner!

Loved this book. Very entertaining and well written. Narration was awesome! Well worth the price.

Guarded by the Alpha

A second chance romance with paranormal extras! Such a fun listen to keep you occupied.

I tend to get pulled to paranormal books and have been listening to a lot of audio books lately. So I gave this one a listen. I rather enjoyed it. It is steamy, has a great story line, and has amazing characters. The narrator does a great job of bringing the characters to life. I definitely recommend it.

This a fast place stand alone novella. I’m pretty sure I grinned from ear to ear the entire time I listened. Did I mention it’s hot? Oh, yeah! Quick to get dirty with just enough suspense.

Hot, hot and more hot! This was thrilling and I didn't want it to end! This was written by one of my favorite authors!! Everything that she pens is always captivating! I loved how I was immediately drawn into the story. Ms. Hildenbrand knows how to pen one hot dude that will keep you drooling for hours! Don't let this one pass you by!

Another great book by Heather! The story is fast paced and intriguing with a little twist here and there. Highly recommended

A quick, thrilling read with a tortured, sexy alpha and a tough, sassy female. It has a fun Romeo and Juliet vibe and a hilarious tag-along character that I adored. The narrator did a good job of expressing the characters and keeping me engaged in the story.

thoroughly enjoyed this story!
Written well for such a short story! Full of action, suspense and sweet romance.

Zak and Del’s tale is one with a Romeo and Juliet feel to it. It’s fast paced and easy to read. There is a wonderful combination of action, romance and humor throughout the book.
Zak and Del long to be together but years of family feuding and ingrained beliefs kept them apart. The desire to break away from it all is there but fear holds them back.
A threat to Del’s life gives them the push they need but is it too late?
I enjoyed going on this journey with them and thought the ending was very sweet.