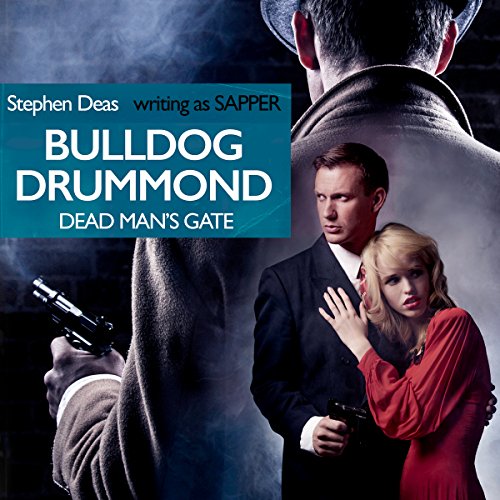 For most men, the trenches and mud of Flanders were a place of gruelling dread. For Captain Hugh ‘Bulldog’ Drummond, DSO, MC, they were an addiction.

Returning to civilian life after the end of the war, Drummond drifts in ennui, craving the excitement, until in desperation he places and advert in The Times... and very soon he finds himself chasing the spectre of a criminal mastermind through international conspiracies and old treasures hidden for hundreds of years. In this thrilling new adventure, Bulldog Drummond infiltrates London anarchists and Bolsheviks to thwart a master-criminal's plan to crash an airship into the Houses of Parliament and steal the Crown Jewels from the Tower of London.

Not by Sapper. Barely Bulldog Drummond

Very disappointing. I love the real Sapper (H C McNeile) books, but this by Stephen Deas is the palest of imitations. It takes the name Bulldog Drummond but ignores most of his history as established by Sapper, and attempts to establish a slightly different history and a new master villain, presumably with the idea of writing a series. However it lacks Sapper's wit and writing skill, and Hugh (I don't think he is ever called 'Bulldog' to his face, in Sapper's books) is not the charming 'ass' of the original.

The narrator has a good range of accents and voices, but unfortunately I was not listening on a device that offered variable speed and his delivery . was . so . slow . and . de . lib . er . ate . as to destroy any enjoyment in the story.

To enjoy the real Bulldog Drummond stories, listen to "Bulldog Drummond", "The Black Gang", "The Third Round", and "The Final Count" read by Roy McMillan, all available on Audible.