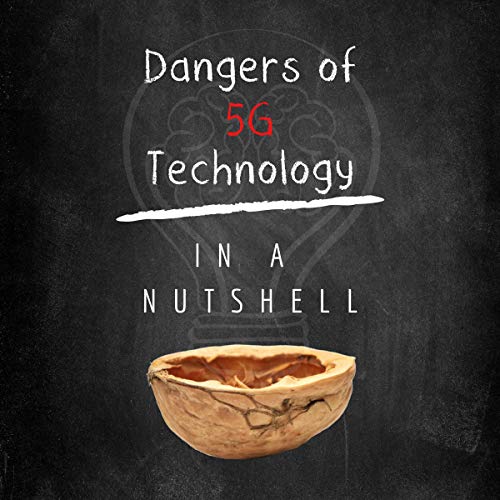 You may have heard of 5G and want to understand what 5G technology is; and what dangers it poses.

There are various reasons 5G technology and networks are being introduced. The primary reason which we are told is that this technology will make life better. Such as, increased data transmission speeds and greater network reliability. But this may not be the ultimate reason.

5G will bring about an exponential increase in the exposure of humans and animals to electromagnetic radiation, and worse of all, at frequencies that have never been seen or used in consumer applications.

Since 5G safety studies have not been conducted on either the short - or long-term health effects, we do not yet know the result of the impact of the radiation of 5G on humans. However, it is known that there are no safe EMF radiation levels.

The next-generation networks will be implemented without proper testing and no appropriate update to the security standards.

Citizens are concerned 5G will require thousands of small cell towers, which will be placed in every nook and cranny of a city for the network to work. Due to receptors in every corner, residents have no choice but to be significantly exposed to electromagnetic fields for extended periods.

When considering the health risks of the 5G networks to children, increased exposure to the EMF is of significant concern. While children absorb more radiation, they are even more susceptible to the various health effects as a result of interaction in their bodies and systems that are still developing.

In this guide explore why 5G technology could be ushered into society and how millimeter waves can be to be weaponized using the Active Denial System (ADS).

Dangers of 5G Technology In a Nutshelに寄せられたリスナーの声

5G is behind the pandemic...

·The Spinning Magnet: The Force That Created the Modern World – and Could Destroy It by Alanna Mitchell

·The Crowd: A Study of the Popular Mind by Gustave Le Bon

·About behaviorism by B. F. Skinner

·The Age of Surveillance Capitalism by Shoshana Zuboff

·The Dangers of 5G by Claudia Drake

·Cancer and EMF Radiation: How to Protect Yourself from the Silent Carcinogen of Electropollution by Brandon LaGreca

·Disconnect: The Truth about Mobile-phone Radiation, what the Industry Has Done to Hide It, and how to Protect Your Family by Devra Davis

·EMF*D: 5G, Wi-Fi & Cell Phones: Hidden Harms and How to Protect Yourself by Joseph Mercola

·Death by 5G: An Advanced Guide to Population Reduction Techniques by Louise Steele

·Earthing: The Most Important Health Discovery Ever? By Clinton Ober, Martin Zucker, and Stephen Sinatra