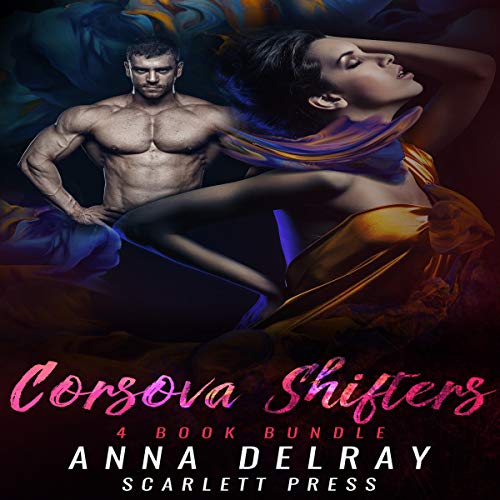 A mysterious man whose eyes lay claim to her. A vision of a love she doesn't understand. Yet.

The wolf-shifters of Corsova do not accept her into her ranks, except for the alpha of the pack. Rica is drawn to Ellie with such force, the pairing must be fated. But will Ellie's ambition to expose her findings ruin the passion she has found? Or will she mate with her alpha and find a new home?

Starr, Sorin, and Lucian share a blood bond, a deep commitment from their youth. But was their dedication to one another wise?

The kingdom has come under threat, and the uniting of the werewolves and vampire may be the only missing piece.

For her crimes against crown and country, Nikia is the most wanted person in Corsova.

Atar, one of the last of an ancient race of shape-shifters with the ability to telepathically merge with their quarry, accepts the mission to retrieve her.

Freed for the first time in her life, Nikia is determined to find a way to keep her mind and her sanity.