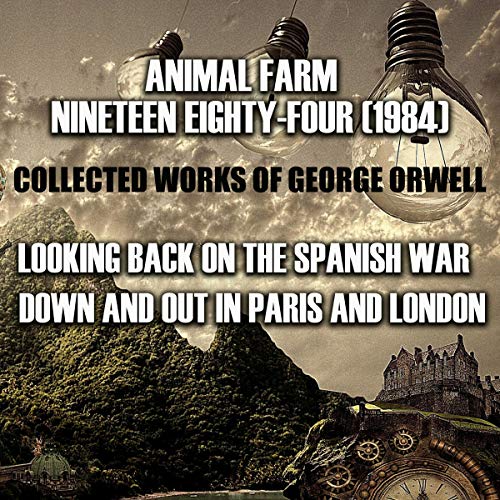 A lot of things that Orwell described as if happening in 1984 can be observed in the nowadays world. However, he depicted the future that everyone should be afraid of at any time.

The anti-utopian parable or satiric story Animal Farm is an allegory of the Revolution of 1917 and the following events in the USSR. It shows the transformation of supposedly animal society: from the complete freedom after the cruel former owner Mr. Jones was banished to the dictatorship of the boar Napoleon.

Looking Back on the Spanish Civil War is a long meditation on his memories of his experience in the first half of 1937 which he wrote about later that year. Here, he speaks of "puncturing allusions" and pointing out the truths which "the bulk of the British and American intelligista were manifestly unaware of it then, and are now".

Down and Out in Paris and London is a memoir in two parts on the theme of poverty in the two cities, which was written deliberately in a nonacademic tone.