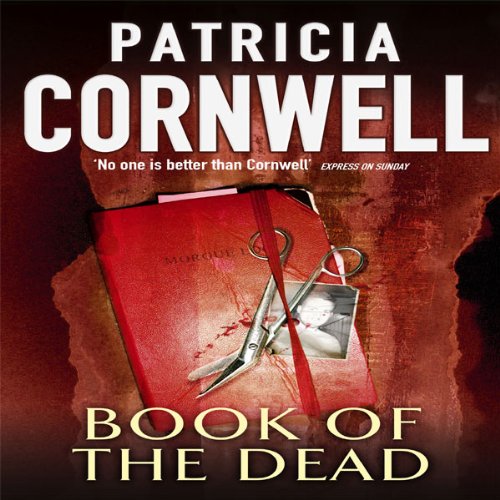 Winner of the British Book Awards, Crime Thriller of the Year, 2008.

The "book of the dead" is the morgue log, the ledger in which all cases are entered by hand. For Kay Scarpetta, however, it is about to have a new meaning.

Fresh from her battle with a psychopath in Florida, Scarpetta decides it's time for a change of pace. Moving to Charleston, South Carolina, she opens a unique private forensic pathology practice, offering expert crime-scene investigation and autopsies to communities lacking access to modern technology. It seems like an ideal situation, until the murders and violent deaths begin.

A young man from a prominent family jumps off a water tower. A woman is ritualistically murdered in her multi-million-dollar beach home. The body of an abused young boy is found dumped in a desolate marsh.

Scarpetta has dealt with many brutal and unusual crimes, but never a string of them as baffling, or as terrifying, as these. Before she is through, that book of the dead will contain many names - and the pen may be poised to write her own.

The beginning of this book is utterly gripping, and then slightly dips and drags for the most part until the end, where the story comes together quite agreeably.

The narrator, however, is excellent and keeps one tuned as her voice eerily at times, transports you to the twisted world of the killer. Enjoy!

A very good book. After having read most of the 'Kay Scarpetta' series a while back, I find the abridged versions of the audiobooks unnecessary. In fact crucial parts are being left out which comes to play in the later series. Also why pay ?7 per book which has been reduced to 3 chapters. I feel an audiobook needs to give you the same experience and value for money as a paperback version.

I love the author and cannot wait for her new book 'Port Mortuary' to be released. Hope audible.co.uk will have the unabridged version available.

Would you listen to Book of the Dead again? Why?

Upstanding combination of the writer and the narrator. Mary Stuart Masterson gives life to
Patricia Cornwell's thrilling novel.
One that I can never get bored to listen over and over again..

What about Mary Stuart Masterson’s performance did you like?

Her voice is amazingly magnetic, gives life to the story. If the movie is made, she'd give an outstanding performance.
Her Italian accent is awesome..

feel the thrills in your bones...

I love these books, and always enjoy them. This book had a good plot, and the characters were as strong as ever, but I felt that the abridgement was done porrly. I felt that I was missing bits of the plot, and I could tell where they had cut chunks out. It did ruin it for me a bit.

Not bad but has creapy random music through out
Story line is a always very good.

would have been good if I recieved the whole book.

I recieved only five chapters, I paid for a whole book. I can't review