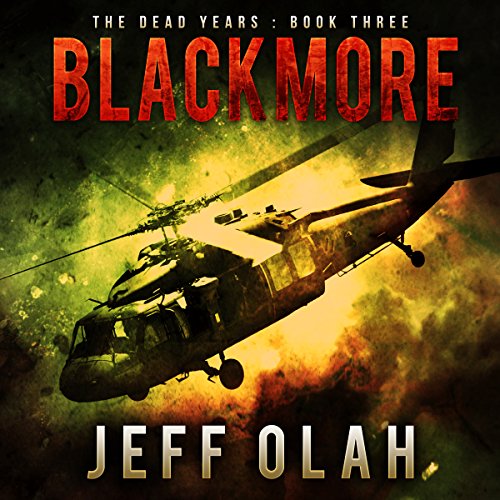 The end of the world was only the beginning.

Blackmore picks up as the group leaves the stadium. Beaten and battered, they head for the beach house.

With the fate of their son now a complete mystery, Mason and April must fight to keep him from becoming something no one in the group wants to speak about.

As Savannah attempts to come to terms with her own mortality, Randy continues to battle the demons that haunt his every move. However, they must put aside their personal issues and work together to defend the group from the ever-growing parade of villainous humans they continue to run across.

Exciting new characters are also introduced that add fuel to the already out of control fire that has become The Dead Years.

A lot happened in this, the third episode of the "Dead Years" Series. Struggles with the group dynamics, injuries and constant worries about how best to negotiate ways out of the numerous, harrowing predicaments caused by both zombies and human misfits alike, all added up to make this edition the most exiting so far!

Mark Westfield's unique voice made it impossible not to have innumerable adrenaline rushes throughout, as he brought an exceptional level of intensity and suspense to the listening experience. Thank you!

Mr Olah does an phenomenal job bringing a new spin to zombie fare, and it is disappointing audible only makes this series available through book 4. Hopefully, they will add the rest, as I would love to finish this most enjoyable series via listening.

Recommended for others who enjoy the zombie genre.