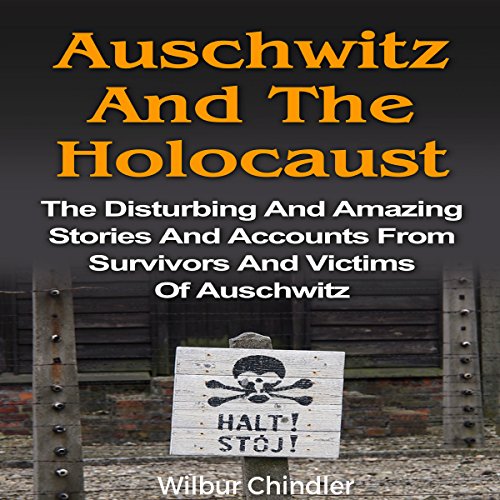 Auschwitz and the Holocaust

You're about to discover the acts of Auschwitz and the Holocaust, and the effects it had on people of the generation. Every war waged, every triggered gun, every nuclear bomb dropped, and every genocide committed stand testimony to the statement that man brings about the destruction of his own race, whatever the underlying reason be behind such atrocious acts of violence.

We hardly find the need to study it, either because the gruesome details would be too disturbing or because we are of the opinion that the knowledge of these horrifying acts does not matter anymore. Nevertheless, it is important to know our roots. Roots that make us question the essence of humanity. This is why it is important to know more about the Holocaust, especially the role played by the Auschwitz concentration camp during the Holocaust.

Tales recounted by the survivors, the little fragments of evidence found at the camps, and the testimonies of those brought to trial have been the only source of the gory details of everyday life in the Auschwitz concentration camp. What made Auschwitz from just another humble region in Germany to death's factory is a horrifying journey - a journey that claimed the lives of numerous victims of war, mostly Jews.

If you wish to gain some perspective into what really happened in the concentration camps of the Nazis, then download this book now!

Here is a preview of what you'll learn:

My father came from the Netherlands in 1949.
Many horrible memories. I read the book to try to understand the hate behind it all. Very sad !

Very informative book. However I didn’t like the narrator. He reads it as a news story.

This short book reads like a bullet point report. This is not a bad thing, it has information and numbers that I had not heard or known of prior to this.

Amazing look inside an evil!

This book showed an inside look at the truth of the holocaust. worth the read!

I received this book for free for a honest review. I love history and learning. This account was well written and held my attention. Highly reccomend

There is nothing new in the audiobook.
It's a retelling of the Auschwitz concentration camp story.
75 years on and we still need to remember, and make sure we don't let it happen again.
A book that needs to be read.
I received A free copy of this audio book at my own request and voluntarily leave this honest review..

Needs to be edited.

The narrator messes up a few times and it needs to be edited. Other than that it is a really interesting story.

This audiobook is a good start to knowing about Auschwitz and the Holocaust in general.

The stories within make you realise how shocking the events were for Jews, Hungarians, Homosexuals, Disabled & people with a Mental Health Illness etc…most people think it’s just about the Jews but it’s so much more than that.

This is a quick overview and I’d recommend it but only on sale as there’s other audiobooks out there that go into so much more detail about How, Why, When and Who