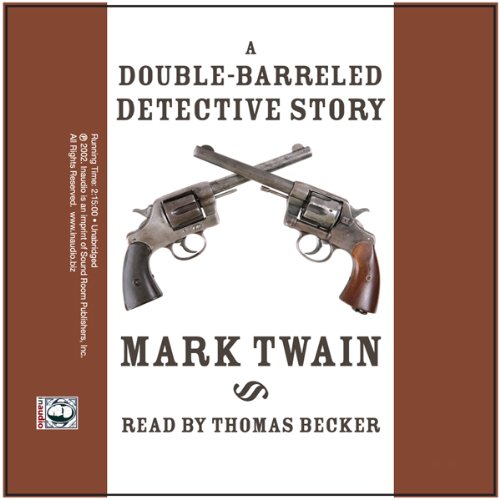 " Detective Story is a twisting, funny tale." ( Library Journal)
"Mark Twain deserves to be heard aloud.... Becker does him justice with his professional and hilarious performances." (The Society for Performance Literature)

Mark Twain is at his irreverent best with this hilarious parody of the 19th-century mystery. The tale begins with the murder of Flint Buckner and a heinous crime against a young woman. A man with special gifts - no less a personage than Sherlock Holmes! - enters the scene to solve the mystery and avenge the lady. He matches wits with an improbable villain, Archy Stillman, while Ham Sandwich and Wells Fargo look on, and almost gets himself lynched in the process.