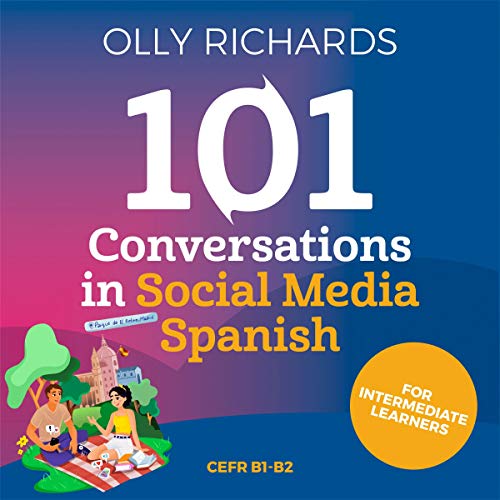 Future-proof your Spanish with the unique slang and cool expressions of "social media Spanish"!

If you're trying to learn Spanish, the hardest thing is making the leap from the textbook to the real world. But in the age of the smartphone, there's a brand new challenge - online Spanish! Social media has a language all of its own – OMG! #mindblown - and Spanish is no different!

101 Conversations in Social Media Spanish transports you into a real-world story, where six friends become trapped in an escape room. They need to get out and save their friends. You'll follow the drama as it unfolds, as the friends communicate both face-to-face and on their their smartphones!

Here’s what you’ll get:

The story is set in Spain and includes expressions that are typical in Castilian Spanish. However, since the conversations use mostly “neutral” Spanish, you’ll have plenty to learn, whether you’re learning the Spanish of Mexico or Colombia.